Atom 1.37 has shipped! This version introduces a complete flow for handling review comments you’ve received on a pull request and an experimental faster mode in fuzzy finder that dramatically improves its performance. 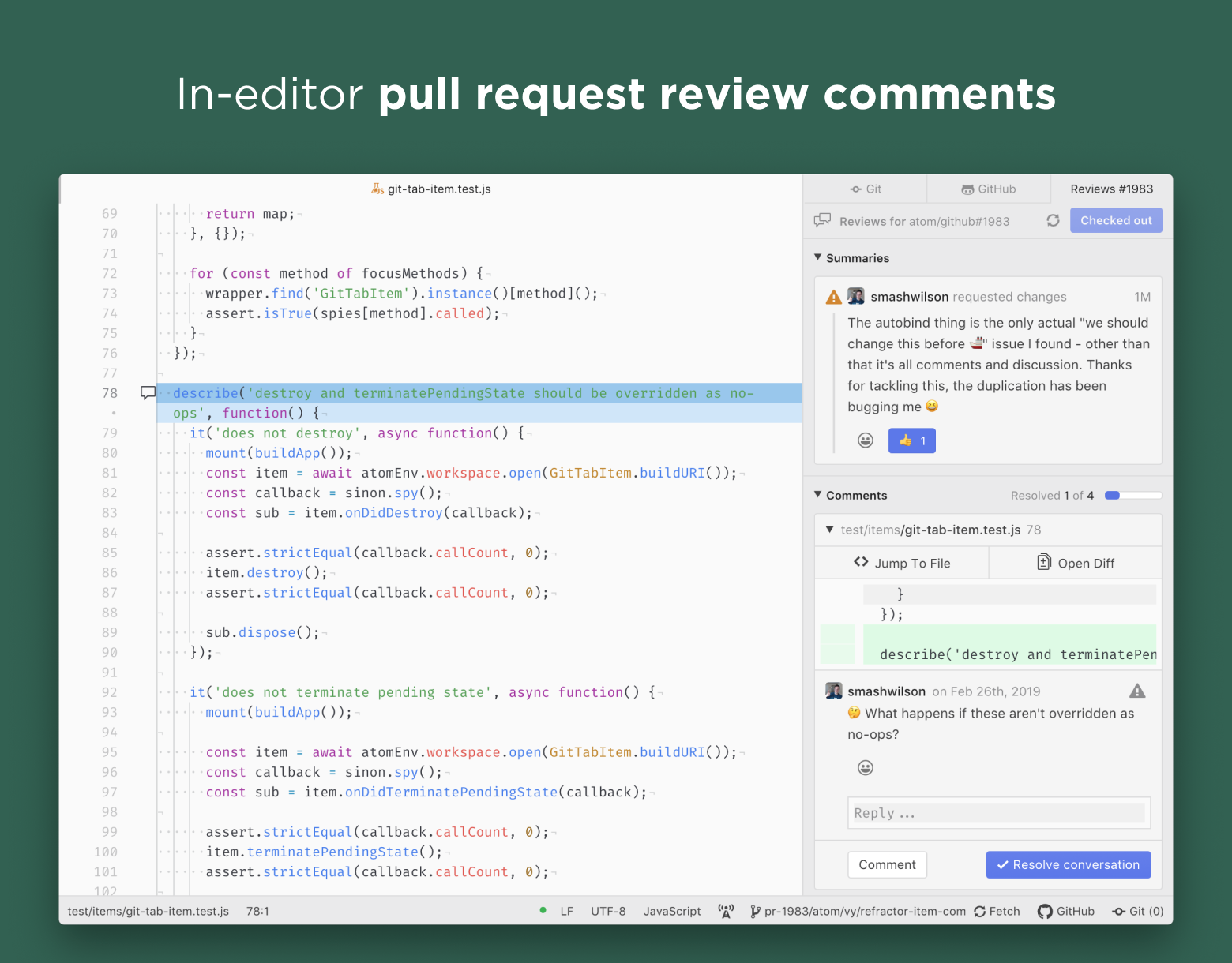 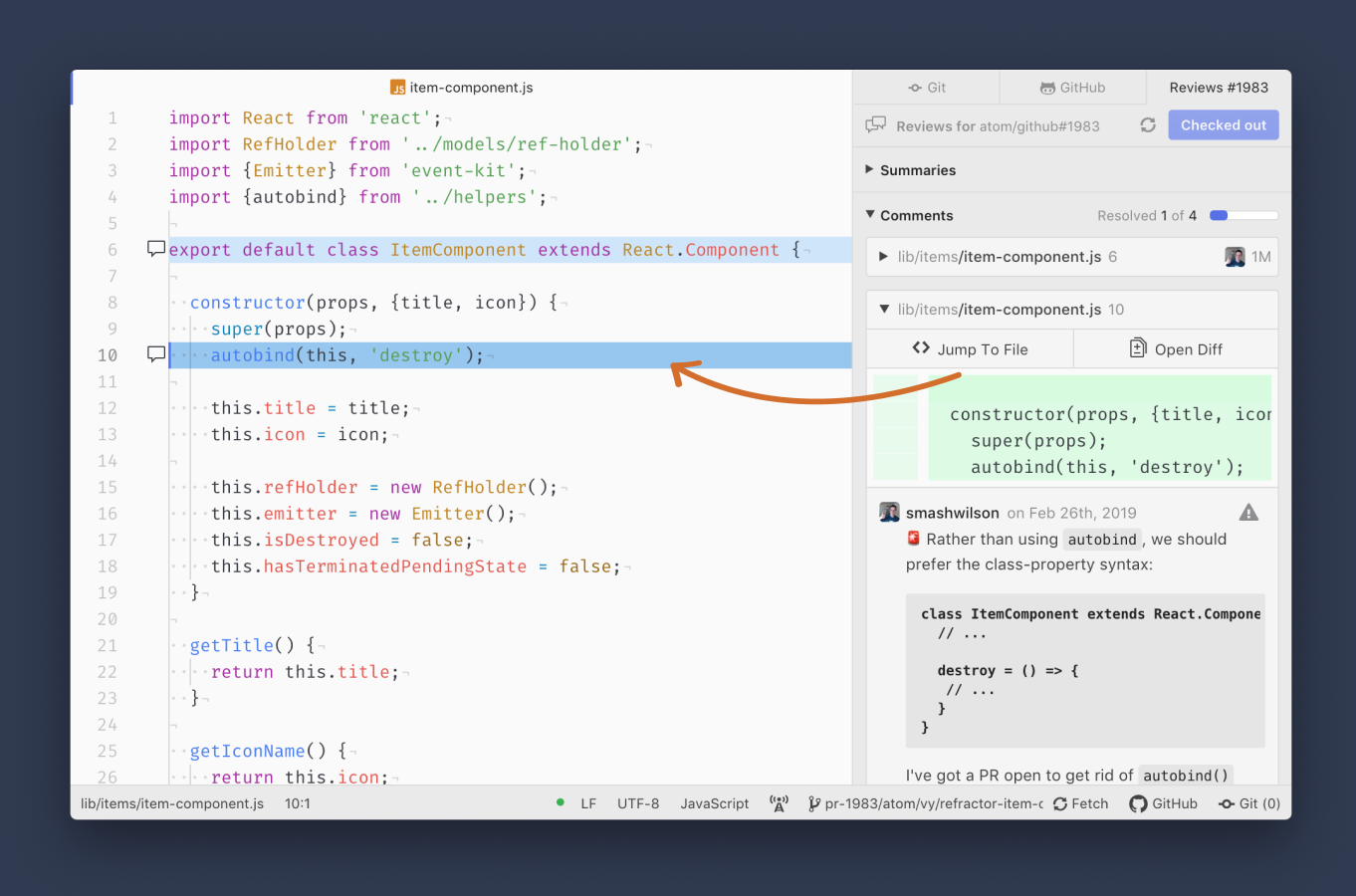 The fuzzy finder’s project crawling performance has been improved dramatically by switching to a ripgrep-powered backend.

Similarly, the filtering performance has been drastically improved. This means that results will show much faster while typing on the fuzzy finder.

These two improvements are most noticeable in projects with large numbers of files - for example, we measured a 14x speed boost in the crawling performance on a project with 270K files.

Since these changes cause some slightly different results, we’ve placed them behind a configuration option for now while we work out any unexpected kinks in the transition. When you open a project with a large amount of files you’ll see a prompt to enable it: 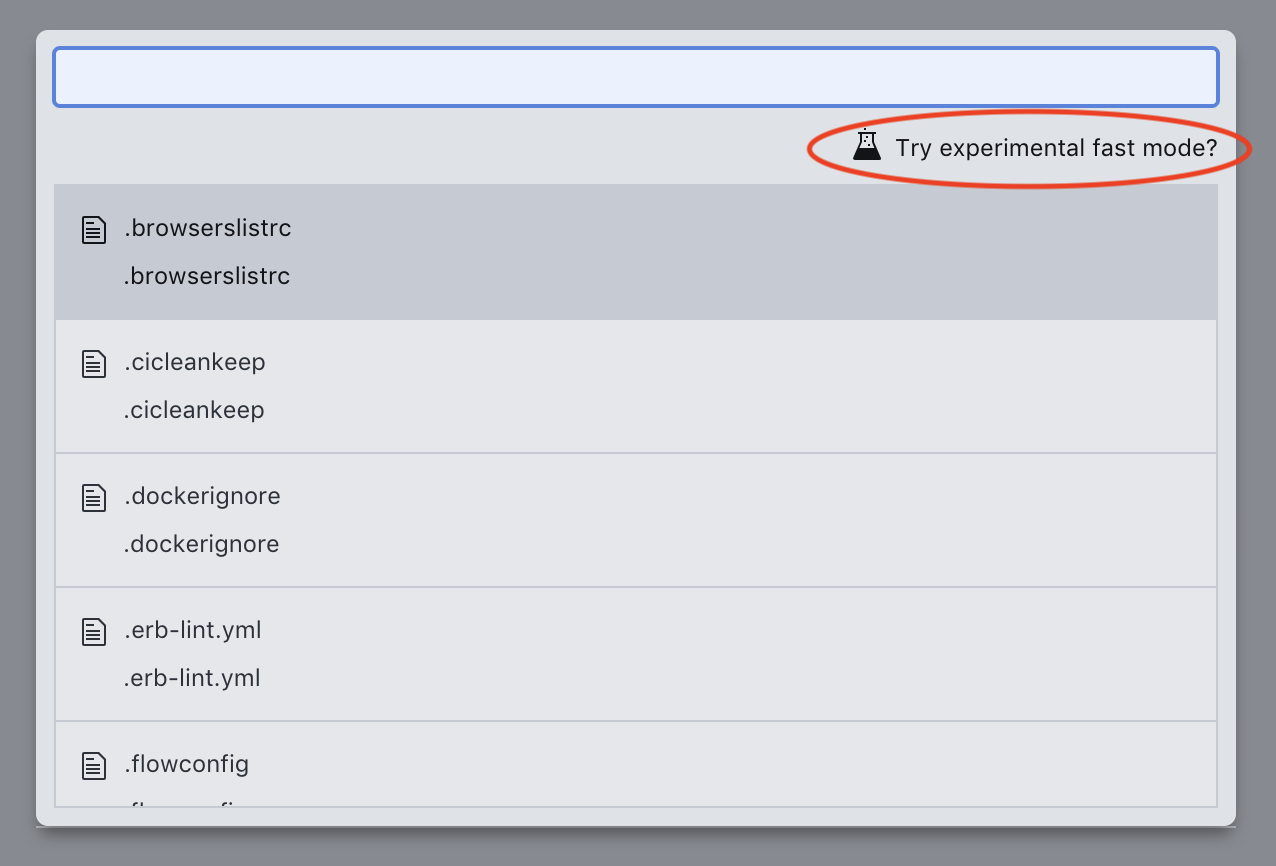 Don’t forget to check out all the other improvements shipping with Atom 1.37 in the release notes!

Atom 1.38 beta includes some improvements on the GitHub package and a few fixes on the language parsers.

Fixes when handling some languages

A few fixes have been added to the language parsers/syntax highlighter. Now Atom allows folding the default label in switch statements, it improves the handling of comment characters in ERB and it fixes an issue when folding if statements in Python.

We’re thankful for the community contributors that help Atom get better on each release. These are some of them: